A number of the world’s most advanced and successful architectural firms are advanced users of 3D printing for concept development as well as a tool for marketing. On Danish soil, Henning Larsen Architects (HLA) are among the most prominent users of 3D printing. In an international context renowned architectural firms such as Foster + Partners, Skidmore, Owings & Merrill (SOM), Zaha Hadid Architects, Rem Kolhaas, Rietveld Architects are among the other proponents for the use of the technology.

3D printing has made it possible for architects to play with new revolutionary conceptual ideas, in the design of buildings, urban areas and landscapes. With 3D printing, architects can rapidly transform digital 3D sketches or finished 3D CAD building models with very complex shapes into tangible physical models. The models are an invaluable communication tool both internally in architectural firms and as a presentation tool to customers who may have difficulties interpreting current drawings or photo-realistic 3D visualizations.

In connection with the architecture competitions that are held around especially large building and construction projects, the 3D printed models help to create vivid models which are used to present the projects to the juries. There are still more actual examples of how models created with 3D printing have played a crucial role in the outcome of major national and international competitions.

From hand-built to 3D-printed

Physical scale models of future buildings have always played a major role in architecture, where model building has almost been an independent art form. The creation of the models in a way that they appeared as natural as possible has been extremely time consuming and complex.
With 3D printing, the entire model building process has changed completely, and it has become significantly easier and faster to create models of architectural projects. In principle, the architect just prepares the digital model in the appropriate quality needed for 3D print. Then the model can be entered into the software that in seconds slice it to an STL file, which can afterwards be used to print automatically. This means that the architect can turn to other productive tasks while the model is constructed.

An additional option with 3D printing is to create digital libraries with items that can be reused or print molds for molding components used in larger numbers.

HLA uses a ProJet 460plus printer from 3D Systems. It has been used to create the model which helped win the prestigious architectural surrounding construction of the new concert and conference center Harpa in Reykjavik, Iceland

Morten Steffensen, an engineer at HLA explains that HLA has refined its production of 3D models. A model can take as little as an hour to print depending on how much detail is included in the original CAD file: “The machine has created a much closer link between the physical and the digital world, allowing us to print component parts in color and construct models of buildings in 3D from the very beginning of the process,” he says, adding: “Whether it’s a competition or a project bid, there’s limited opportunity to get ideas across, so we need all the help we can get. Thanks to 3D printing, our models are more refined and more precise, which gives us an advantage. There’s no doubt that beautiful models help us win commissions.” Via research and development by universities and architects 3D printing is rapidly spreading to new areas within architecture. One of the more spectacular projects using the capabilities of 3D printing is currently taking place in the Netherlands where the architecture firm DUS Architects is working to print all the components and structures for a complete full-scale canal house in Amsterdam.

3D printing boosts the creativity and competitiveness of architects 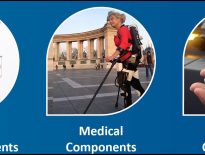 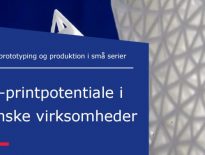