Faster time-to-market and lower development and production costs are just a few of the significant advantages companies can achieve by 3D printing of parts and products in metal.

3D printing in metal, also known as Additive Manufacturing (AM), has allowed for companies to bring new and innovative products to market faster and cheaper than ever before. 3D printing in metal also makes it much easier to meet the ever increasing demand for customized products with new and more advanced features.

Using 3D printing in metal allows for both reduced development and production times which subsequently allow costs to be significantly reduced for a large number of products. Moreover, it is possible to pr 3D printing has been around since the mid-80s and has primarily been used for the manufacture of prototypes and end user products in plastic. The technological development in recent years has made it possible to print in a variety of metals and ceramic materials. This has opened the door for new applications where the requirements for physical robustness is essential.

3D printing in metal has gained ground in particular with the aerospace and automotive industries and the last few years it has spread rapidly to new areas such as consumer products and medical products.  The products manufactured by AM are both prototypes in high quality and end-user products typically in smaller and medium sized series.

3D metal printers have become economically competitive with conventional production equipment such as CNC machining centers. The printers distinguish themselves by being tightly integrated with technologies such as 3D CAD and 3D scanning. Instead of removing material, for example by machining, 3D-printing builds a part adding thin layers of metal layer by layer. This process makes it possible to produce parts with highly complex external and internal geometry and structure. In addition, it is possible to print at product quickly and easily in one single operation, where it previously could be necessary to merge multiple individually produced components to arrive at the desired solution.

3D printing offers the possibility to achieve unprecedented flexibility in the supply chain, because tasks such as production of spare parts can be performed on demand either centrally or on local geographic locations. This can lead to dramatic reduction of inventories and make it possible to deliver new parts very quickly. Until now this has primarily been in the offshore, automotive, and aerospace industries, where the demands for both high quality and prompt delivery are high.

This flexibility also includes the production using Additive Manufacturing technology, because it is possible to produce several different products on the same machine without the high costs of setting up new machining operations and modification of the production equipment. It is also possible to print multiple variants of a particular product in the same production run.

Nordic and Baltic countries are lagging behind The prevalence of 3D printing in metal has grown significantly in several major European countries, as well as in the US, Russia and some Asian countries, but in the Nordic countries and the Baltic states the adaption has been slower.

Printing in metals is a very hot topic and we notice great interest among our customers. Our goal is to make the Nordic and Baltic companies able to exploit the potential of 3D printing. 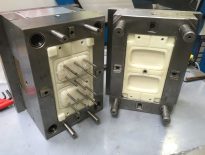 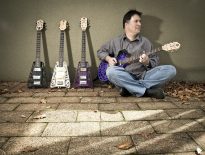