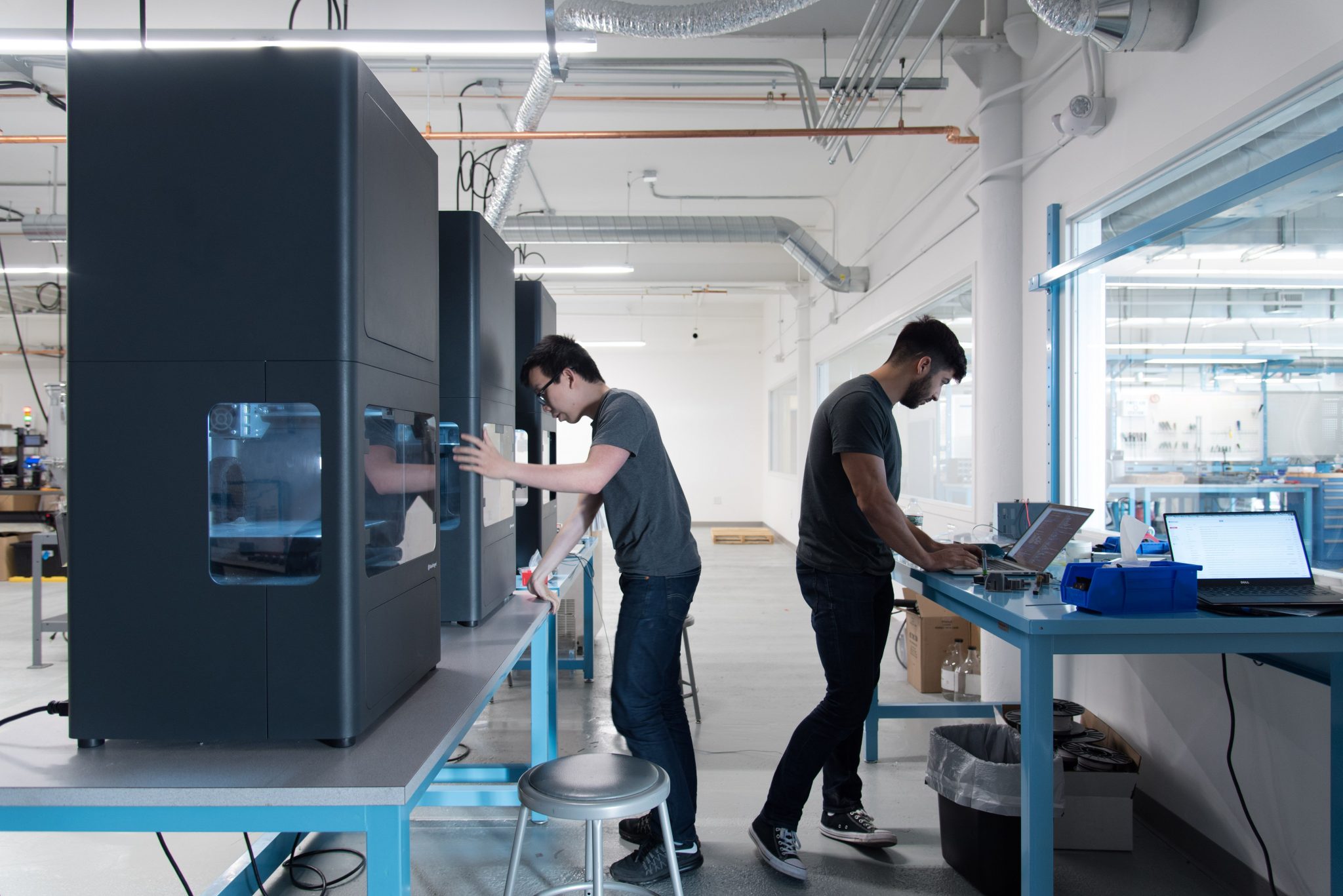 Technical universities and vocational schools have two main objectives when educating their students. First, they seek to build a strong backbone of technical knowledge through theory-heavy classes. Second, and perhaps more importantly, they provide a place for students to learn and practice real job skills before joining the workforce.

These job skills are taught via project-centric curriculum, where students learn through experience instead of lecture. While project-centric curriculum is a great concept, most universities are not equipped to support the initiative. Fabrication resources are often dispersed throughout campus, largely unavailable for general student use. That’s where innovation centers come in. They provide a centralized physical space for students to interface with manufacturing technology directly.

In this article, we’re going to highlight a few different ways four universities created additive manufacturing innovation centers — from how they funded and built them to who uses them and how they’ve impacted their respective universities.

Purdue University’s Bechtel Innovation Design Center, in Indiana, USA, was started two years ago by students for students. Funded by the university, the center offers everything from 3D printers and CNC machines to a wood shop and electronics lab.

“We have one of everything you need to make anything,” says David McMillan, Assistant Director at Bechtel. The center is peer-run, meaning students are hired by the center to mentor and train other students on how to best use the available equipment. Students are encouraged to follow projects from idea to actualization, or to try and fail as many times as they can. They believe that allowing students to make mistakes and learn from them in a controlled environment better prepares them for the workforce. Bechtel is only open to students, and students need to submit their job before using any of the 3D printers. Of the several 3D printers at the center, Bechtel has three Markforged Mark Twos and three Markforged Metal X systems, which are mostly utilized for student projects. The Metal X was added to the center to keep Bechtel cutting edge, and has been used for veterinary surgical instruments and race car parts.

The State of New York funded Rochester Institute of Technology’s AMPrint Center in an effort to grow the additive manufacturing industry in the state. As the name suggests, the AMPrint Center specializes in additive manufacturing, with everything from SLA to SLS to hobbyist printers. It has several Markforged desktop printers — including a Mark Two and four Onyx Ones — as well as a Markforged Metal X system. “We’ve pretty much got the Noah’s Ark of 3D printers here,” says AMPrint Center Director Denis Cormier. The Metal X was brought in to support the Baja SAE, Formula SAE, and electric car student clubs, with many students planning to use it for internal parts. “People are extremely excited about it,” says Cormier. The heaviest users of the facility are those in Senior Design classes, which spans across several engineering faculties. With access to high-quality, industrial 3D printers, the Senior Design students often choose Markforged’s composite printers to yield strong parts with an excellent surface finish. Students enrolled in RIT’s 3D printing class use the printers for their projects — from rolling ball sculptures to robotic arms. The center is also open to local businesses, with some fabricating tools and fixtures for applied research projects or for assistive technology products.

University of Technology in Sydney

University of Technology Sydney’s Protospace in Australia offers its students a wide range of equipment in their 900sqm (9687 sqft) facility, including 25 industrial fabrication machines. The center is particularly proud of its additive manufacturing space, which incorporates best-in-class FDM and SLA printers with the necessary resources to teach students how to utilize them. Of the printers available, there are three Markforged industrial series X7s, and a Markforged Metal X system.

UTS received Australia’s first Metal X — a great accomplishment and something Jon O’Neill, manager at UTS Protospace, is very proud of. “We have researchers lining up, and we have students really interested in using the technology. We’re excited to see what they can develop with the machine.” UTS now owns and operates the largest collection of additive manufacturing technology in all of Australia. Several Australian companies in a variety of industries utilize the center to create parts that they otherwise could not create. From entrepreneurs to large, multinational companies, UTS is fast becoming a hub for metal 3D printing in Australia.

The university’s Formula team has used several Markforged printers to fabricate parts that impact the ergonomics of their car, while the university’s Industrial Design students have printed custom footwear prototypes. “We intend to be a hub for additive in Australia, that’s our goal,” says O’Neill, “and we’ll continue to push that as much as we can into the future.”

Oklahoma State’s ENDEAVOR space aims to give students a hands-on experience with as many different types of equipment as possible. From traditional manufacturing to electronics to additive manufacturing, the space offers CNC lathes and mills, laser cutters, and several 3D printers. Students have access to a Markforged Metal X system, an industrial X7 printer, two Mark Twos, and two Onyx Ones.

“The 3D printers allow the students to go from concept to something they can touch,” says ENDEAVOR Manager of Operations, Brad Rowland. ENDEAVOR partnered with several industry leaders in energy and aerospace to fund the center, which has brought a lot of buzz to the facility. The whopping 6,689 sqm space is utilized by students at Oklahoma State, with every faculty member encouraged to try any of the machines. Students at the College of Engineering, Architecture, and Technology (CEAT) are the heaviest users of the 3D printers, though any student can use the machines as long as they have the correct training and go through the processes that the center has set up. This has given students the resources they need towards skills that are applicable to real-life working situations.

A Customer's Journey to Efficient Sales

I recently had a truly exciting meeting with one of our clients at PLM Group which really made me think about different ways product development teams can become successful in digital world and innova...

END_OF_DOCUMENT_TOKEN_TO_BE_REPLACED

PLM Group, together with our partners HP and PostNord is hosting a full-day event on HP´s groundbreaking Multi Jet Fusion (MJF) technology in Stockholm on April 5. Before the event, we caught up with PostNord Strålfors Head of 3D...

END_OF_DOCUMENT_TOKEN_TO_BE_REPLACED

Q&A - 20 Things Worth Knowing about PDM on Cloud

3DEXPERIENCE is an efficient and user-friendly way of managing all of your CAD related data. In the webinar on the 22nd of February, 2022 - Anders Wentzel and Christoffer Stokkebor gave a comprehensiv...