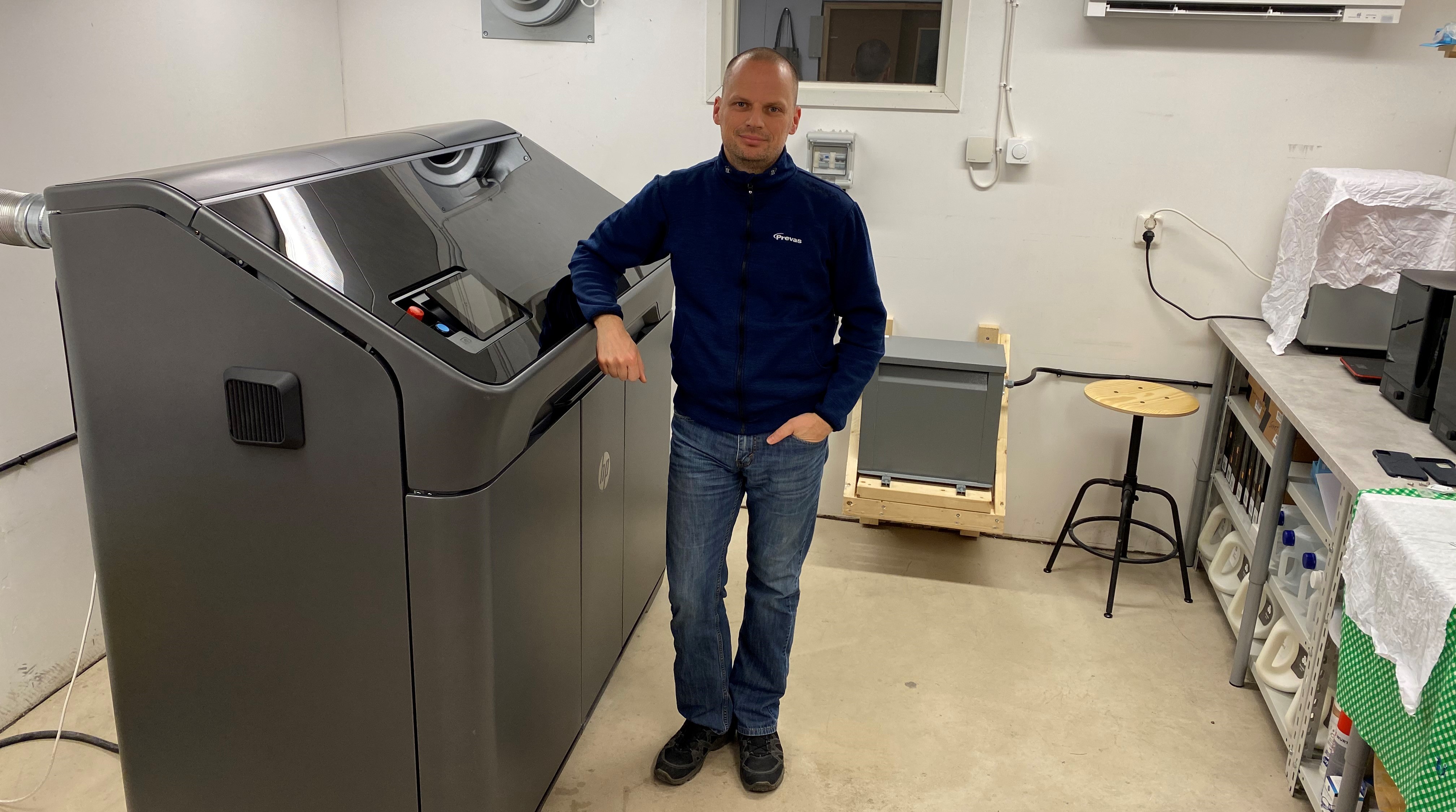 Uppsala based service bureau Eminus expanded business early this year with a brand-new HP MJF 540 3D printer, CEO Rickard Joyner wants to make prototyping fast and accessible. The way it should be.

As of a few years back, Richard Joyner is head of hardware consulting at the tech consultancy firm Prevas in Uppsala. Over the years, he has worked a lot with product development, both digital and physical.

“I have been ordering prototypes from service bureaus over the years”, says Rickard Joyner. “I feel that as a prototype customer, the attention I get can be varying, and my experience is that rapid prototyping plays second fiddle when service bureaus focus on volume production.”

He therefore took matters into his own hands and invested in a desktop SLA printer to meet the urgent prototyping needs at Prevas, thus becoming a supplier to the company.

”I soon saw a great interest in the new 3D printer, both internally and externally”, says Rickard Joyner. “The desktop printer made prototyping a lot more accessible.”

“At Prevas, we have a saying – fail fast. This means that we rely on short and fast physical iterations early in the product development instead of spending many hours with design details and reviews”, says Rickard Joyner. “3D printing is essential to this methodology.”

In the wake of the success with the first 3D printer, Rickard saw an opportunity to expand the 3D printing service of his company. In early 2020, he opted for an HP Jet Fusion 540 to raise the service level on prototypes and small series production. Although based in Uppsala, Sweden, Eminus targets the whole of Sweden. But there are some perks for local customers.

”My mission is to be on top when it comes to accessibility”, Rickard Joyner says. “You might say I have an inversed schedule compared to traditional business. Locally, here in Uppsala, I can deliver before 08:00 AM the next morning, if orders are placed before 17:00 the day before. I’m unbeatable in my area, but cater to the whole country.”

“Opting for the HP MJF 540 was based on a simple calculation”, says Rickard Joyner. “I knew I needed a powder bed solution that used nylon to meet the demand for functional end-use parts. The HP MJF 540 was the only machine on the market that met the technical requirements and that was financially within reach for a small startup company.”

”Especially in life science, volumes for end-use products can range from ten to hundreds of units per year”, says Rickard Joyner. “Here, the MJF technology is a perfect fit to meet demands for both prototyping as well as production.”

The future with 3D printing

With one small series production printer in the bag, Eminus is set for further expansion, particularly when it comes to providing prototyping with short turnaround. But there’s always a next step, and according to Rickard Joyner, it has to do with companies changing their 3D printing mindset.

”My vision is to help push the next revolution in mechanical design and production”, says Rickard Joyner. “Today, everyone is aware of 3D printing, but few people are aware of its performance. And even fewer know its potential in serial production.”

“A large part of our marketing activities is to meet with companies, tearing down old truths about design and 3D printing. We want to change mindset and behavior. The end goal is to make designers choose additive manufacturing at the very start of the product development process.”

“3D printing is often used as an afterthought, when nothing else works or is too expensive. But if you design for additive manufacturing from the start or even better use generative design or topology optimization, you start to see some really cool stuff.”

Generative design and 3D printing are buzzwords that everyone has come across in the past years. No wonder, as they has the potential to disrupt the way we manufacture things and spark innovation. ...

END_OF_DOCUMENT_TOKEN_TO_BE_REPLACED

Supply chain, collaboration and sustainability – these are some of the keywords when PLM Group sums up the top 3D print trends for 2022. Have a read to see what else is in the crystal ball. ...

END_OF_DOCUMENT_TOKEN_TO_BE_REPLACED

The key to the ten types of innovation

Business leaders agree — innovation is important, but it’s difficult to define. Vague definitions like “the process of innovating” or “making changes in something established, especially by introducin...