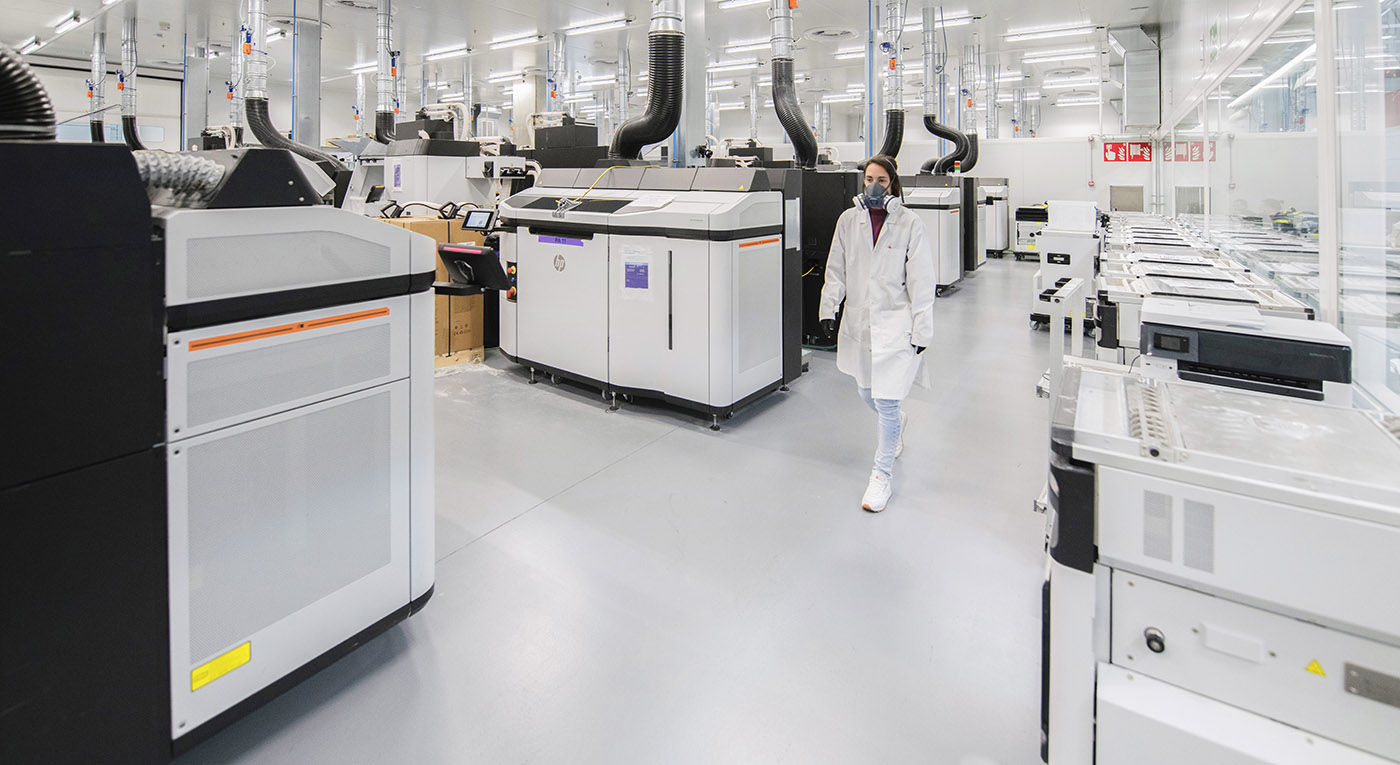 HP 3D printing has hit another milestone with their acclaimed Multi Jet Fusion 3D printing technology. Over 170 million parts have been 3D printed worldwide by users since the launch of their first 3D printer in 2016.

Only four years ago, in 2018, HP reported that 3.5 million parts had been 3D printed in their Multi Jet Fusion, MJF, 3D printers. Fast forward to last year, that number had grown to 100 million parts. So, in just 12 months, the number of MJF 3D printed parts has grown by 70 million parts.

The global manufacturing market, worth 12 trillion dollars and HP is poised to take a large chunk of that market. Especially in healthcare and automotive, where 3D printing has made its case over and over again.

One of the more recent – and spectacular – use cases with HP 3D printing was with General Motors earlier this year. When GM were unable to produce a critical component for the upcoming Chevrolet Tahoe due to last minute changes, they turned to 3D printing.

The part, a flexible “spoiler closeout seal”, was needed to fill the gap at the rear of the SUV. Injection molding was out of the question, as that would have created a delay in delivering 30,000 vehicles. Instead, GM tapped US service bureau GKN Additive Forecast 3D. GKN 3D printed 60,000 seals, two for each car, in just five weeks. That is less than half the time it would have taken to injection mold the parts.

For the manufacturing industry, no other 3D printing technology has had a larger impact than HP MJF. Their technology is now the preferred technology for manufacturing among service bureaus worldwide. With the release of the new 3D printer model HP MJF 5420W, able to produce white parts that can be colored, we see even more growth in the years to come.

If you haven’t already, you should read up on the HP Multi Jet Fusion technology. Not only is the technology superior to other powder bed technologies in terms of dimensional accuracy. It is also the fastest 3D printer solution, where you can design and get 3D printed parts in less than 12 hours.

END_OF_DOCUMENT_TOKEN_TO_BE_REPLACED

Optimize the shape of your design with topology and design studies

As a product designer you must take many factors into consideration when designing your product. Not only do you need to get the right design ready fast in order to minimize the delays and cost overru...

END_OF_DOCUMENT_TOKEN_TO_BE_REPLACED

Simulation tip: How to stabilize your model

To constrain a model the right way can be a challenge in simulation. You want a model without rigid body motion, but you do not want it to be too stiff. The 3-2-1- method is one way to help you solve ...