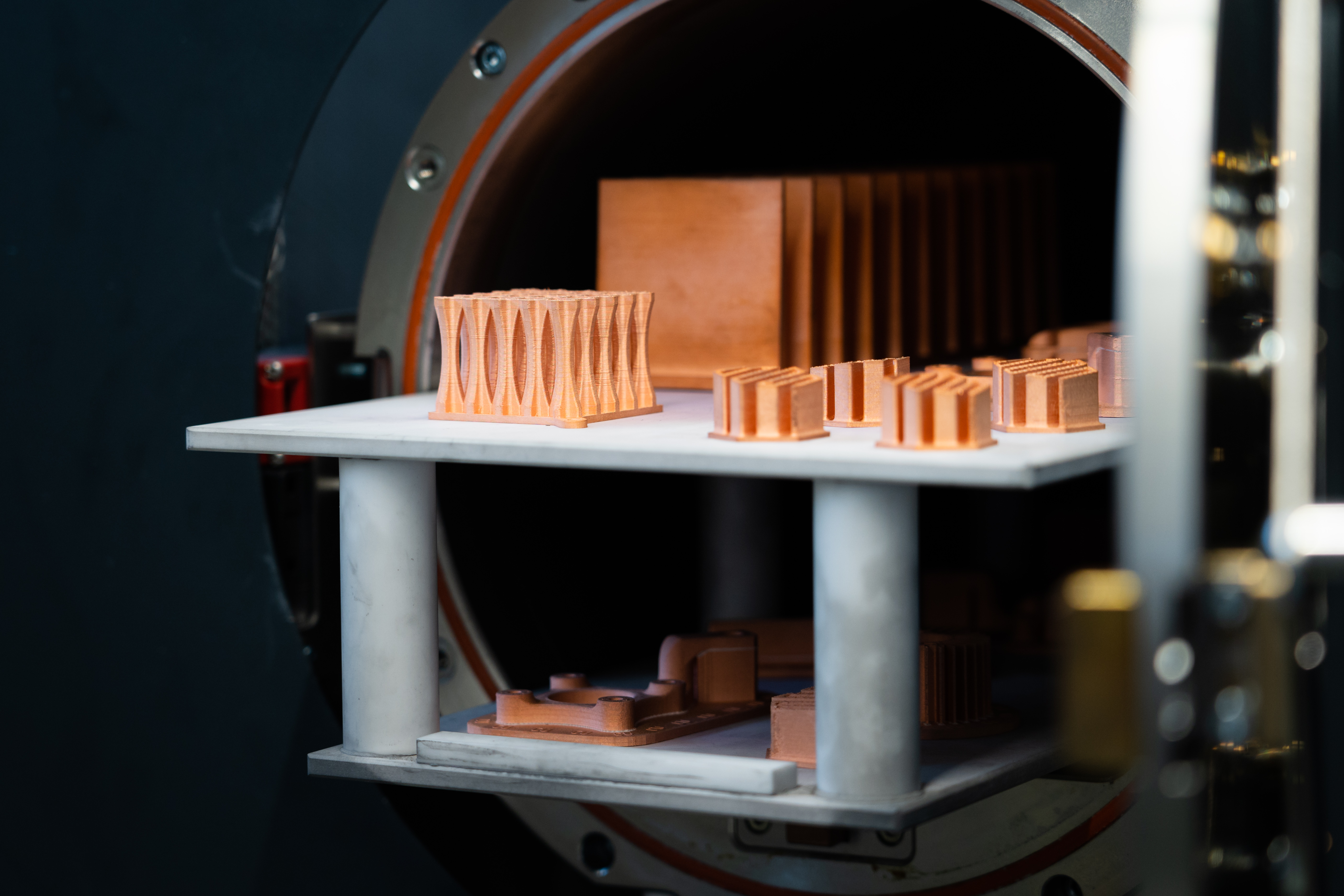 Markforged has the release of pure Copper for the Markforged Metal X system, making it the only reliable, affordable, and safe way to 3D print the widely used material. 3D printing copper parts on demand will drive new manufacturing and supply chain efficiencies for customers – leading to reduced lead times and part costs, as well as eliminating the need for costly inventory. Available today, Markforged provides an easy and fast way to produce geometrically complex copper with high electrical and thermal conductivity.

“Copper powers our world. It’s everywhere. It builds our cars, enables phones, and keeps electrical equipment running,” said Greg Mark, Markforged CEO and Founder. “Copper has traditionally been an expensive and challenging material to machine and incompatible for 3D printing in a pure form with other techniques. Now, we’ve made it easier and cheaper to produce. Markforged 3D printed Copper will be a game-changer for the automotive and electronics industries, and it will open the door to innovation across many more.”

The new material is available for the Metal X system, Markforged’s patented platform that safely and rapidly 3D prints metal. Copper is the latest metal to join the lineup of materials, which also includes aerospace superalloys like Inconel 625, 17-4 PH Stainless Steel, H13 Tool Steel, D2 Tool Steel, and A2 Tool Steel. With systems across six continents, the Metal X is used to deliver on applications such as functional prototypes, tooling and fixtures, and end-use production parts to help customers reduce manufacturing costs and improve supply chain efficiency.

“Every automotive factory in the world uses copper for welding,” Greg Mark added. “Complex production parts are required to weld tight spots of the car body. They cost thousands of dollars to make and can have months-long lead times. But Markforged is changing all of that by enabling manufacturers to produce parts in-house so they get them faster and for significantly lower costs. With our 3D printed parts, automotive manufacturers can print the parts they need on demand instead of holding significant inventory and will be able to design new kinds of welding shanks that were never before possible.”

“I’ve always been impressed with the technology behind the Markforged Metal X system, and our experience with 3D printed copper has been incredible – especially when looking at its conductivity and structural stability,” noted the maintenance manager at the global automotive manufacturer. “And now that we’ve successfully evaluated weld testing, we plan on expanding our metal 3D printing capacity for this and other metal components. 3D printing copper with Markforged is faster and more cost effective than purchasing complex machined components, and we expect it to help us mitigate downtime exposure and reduce inventory costs by $200,000 a year using only one Metal X system.”

Regardless of what started the global supply chain crisis, it all comes down to one thing for manufacturing companies: The lack of vital parts for your production. Here, 3D printing can become a power...

END_OF_DOCUMENT_TOKEN_TO_BE_REPLACED

Simulation tip: How to stabilize your model

To constrain a model the right way can be a challenge in simulation. You want a model without rigid body motion, but you do not want it to be too stiff. The 3-2-1- method is one way to help you solve ...

END_OF_DOCUMENT_TOKEN_TO_BE_REPLACED

The PLM Group partner Markforged has entered into a definitive agreement with Swedish Höganäs AB to acquire Digital Metal, the creator of a leading metal binder jetting solution. The purchase extends...