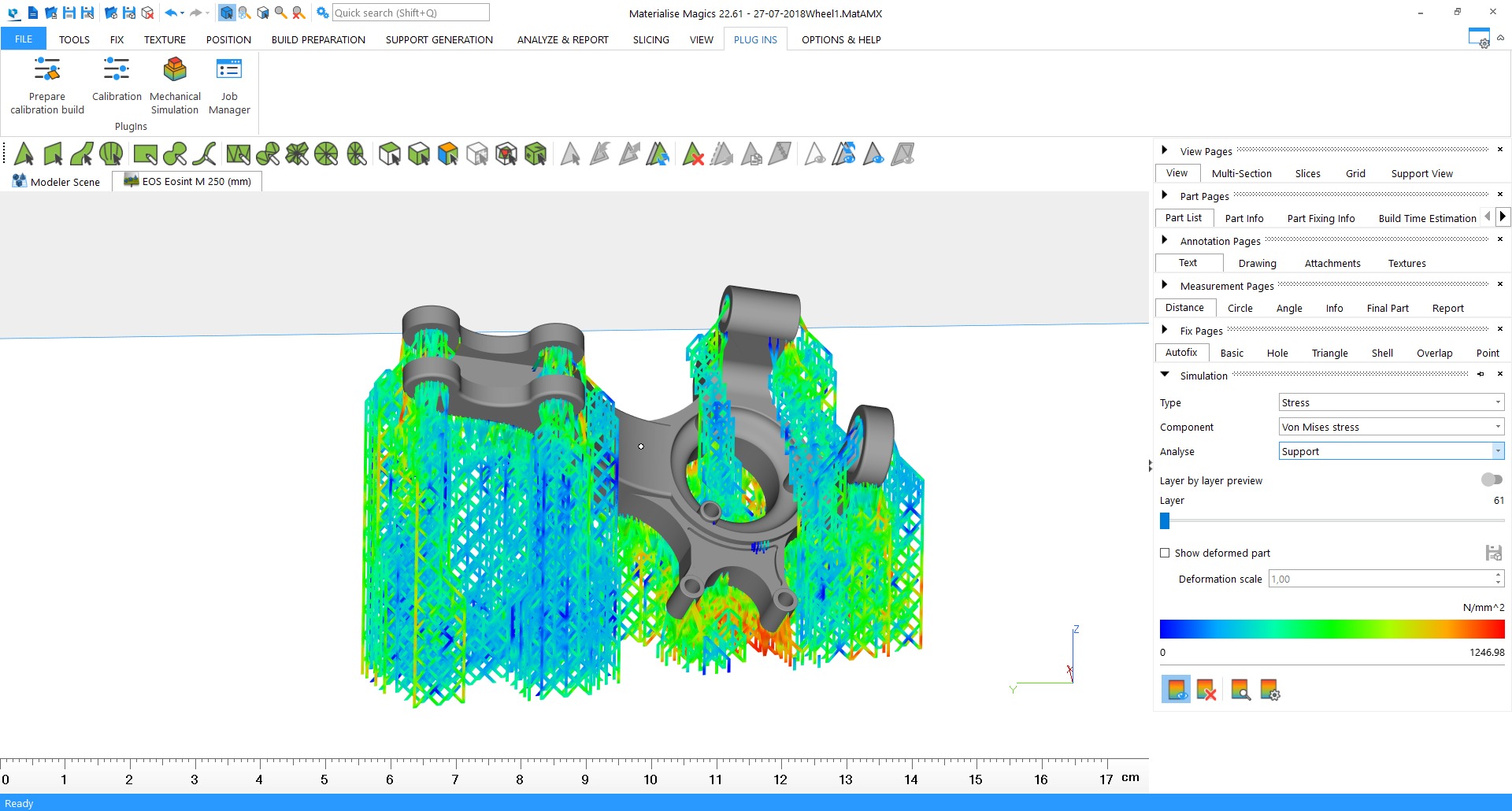 In the latest version of Magics 24 the nesting option has become a lot faster. This reduces the build preparation process for users so they can scale their 3D printing business.

Materialise 24 has also been upgraded to help optimize production processes for scaling operations. One of the new features includes a Bounding Box option, which reduces nesting processes to milliseconds. According to Materialise, this upgrade is 30 times faster than the previous version.

The new Support Transfer feature allows for mass customization by copying the support generation of an object and transferring it to similarly shaped objects. This eliminates the need for complete redesigns of support structures, which can be very time-consuming.
There’s also the new feature Support Transparency, which enables users to make support structures transparent. The feature can be used for optimal viewing when you want to inspect a part. The ability to schedule multiple simulation sessions is also available to run operations run.

Markforged Simulation software takes the guesswork out of 3D printing

PLM Group’s partner Markforged announced the release of new Simulation features for its additive manufacturing software. Simulation is available as a free trial until April 2023, and the company expec...

END_OF_DOCUMENT_TOKEN_TO_BE_REPLACED

The 3 best features in SOLIDWORKS 2023

Summertime usually means beach, hot weather, and long nights. In the SOLIDWORKS community, we all know what it means: Beta version! While we wait for the actual release, I have been testing and exp...