Manufacturers are rapidly adopting 3D printing as a valid production technology. This is documented in a new, comprehensive PwC-report about the trends and future in 3D printing.

3D printing is no longer a geeky technology that only used by a few advanced enterprises. The consulting firm PwC documents in a new report from April 2016 that the use of 3D printing by manufacturing companies is rapidly increasingly and it is these companies that fuels the development of 3D printing.

Industrial 3D printers are increasingly being rolled out on production lines on the factory floor rather than occasional manufacturing of single parts. Manufacturing companies today use the technology to manufacture all kinds of products from shoes to complete cars and rocket engines.

The possibilities to print in materials such as metal, ceramics and graphene has made 3D printing a viable competitor to the traditional manufacturing methods. One of the main drivers is the rise in expectations and needs for just-in-time and customized products. PwC points out that 3D printing is becoming increasingly mainstreamed crossing the threshold between “advanced” and “conventional”.

PwC predicts that the global market for 3D printing will virtually explode over the next three years. In 2015 the turnover in the worldwide market for 3D printers, accessories and services was around 9.7 billion EUR. In just three years from now, PwC expects that the worldwide revenue in the 3D printing marketplace has almost tripled to around 27.8 billion EUR.  More than two-thirds of US companies are using 3D printing in one way or another in their processes, while the percentage of companies that is just experimenting with the technology is decreasing. Most of the companies expect 3D printing to particularly play a role in the production of parts in smaller series, but at the same time 42 percent of the respondents thinks that over the next three to five year 3D printing will primarily be used for high volume production.

The PwC-report points out that two of the areas where 3D printing will affect the traditional manufacturing industry the most is changes in the supply chain and the relationship between businesses and their customers.Furthermore 22 percent of companies states that 3D printing represents a threat to the protection of their corporate intellectual property.

A majority of companies surveyed in PwC’s survey sees production of after-market parts as the area where 3D printing will add the most value over the next three to five years. Also the production of outdated and obsolete parts is seen as a major growth area for applications of the technology.

Seven megatrends in the prevalence of 3D printing in the US

3. Most companies believe that 3D printing will mainly be used for the production of spare parts and accessories.
Over the next three to five years 53 percent of the companies expects after-market parts to be the largest production application for 3D printed parts.

4. 3D printing will largely be used to manufacture older and obsolete items.
Two-thirds of the companies see the production of older, discontinued items as a natural area for the use of 3D printing.

6. Cost and quality problems are the biggest barriers.
The main obstacles to the spread of 3D printing are seen as being cost, lack of qualified staff and uncertainty about the final product quality.

Get in touch to find out more about 3D printing 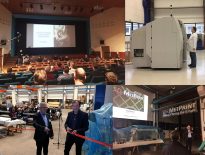 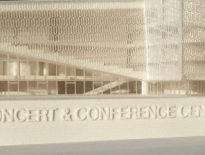