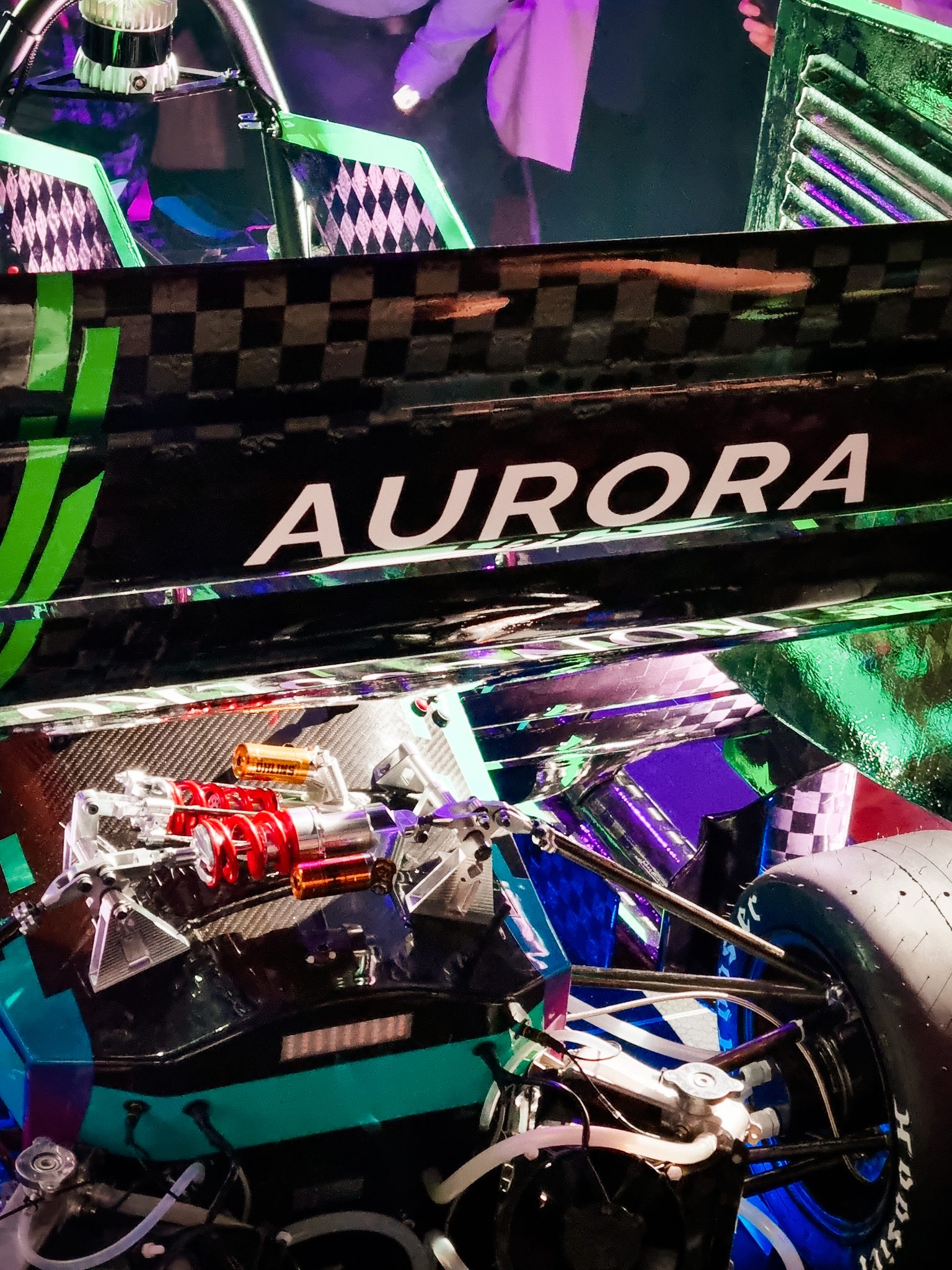 In May the team at Revolve NTNU had the pleasure of presenting what all their hard work had resulted in: Aurora. After many months they had finally finished their design, and it was clear to everyone in the room that these students really had gone above and beyond to complete their mission. Now they are at the end of a very successful season and as one of their sponsors we felt it was right to give the innovative students a little shoutout. The car pays homage to the first car Revolve NTNU ever produced: KA Borealis R. Both were named after the northern lights, and to the students in Revolve it seemed only proper to honour the first car in the series when building the tenth.

Aurora is the first car design to both compete in driver and driverless competition. The challenge they faced was how they would create a design that did not compromise on speed or weight, and still would be able to perform in competitions. They managed to develop an entirely new monocoque, and made their design with the lightest gearbox ever.

Oh, and let us not forget to mention that Aurora is the first electric car developed by Revolve NTNU.

Want to know more about how the students worked with their design? Take a look here.

Competing in the top of their class After finishing their design and build, it was time for the team at Revolve to test their car by pushing it to its limits. They have competed in several different student competitions and met a few obstacles along the way. These challenges were met with the same drive and courage the team showed through the entire process, resulting in them solving them every time.

The scoring of the competition events is divided into eight different brackets and both the car and the students endure rigorous testing. Even though the evaluation of the car mostly revolves around the engineering skills of the build, the students are also graded on their business plan presentation and the cost and manufacturing. Their skills earned them a third place in the Engineering Design Event in Formula Student Netherlands, and they placed among the top ten in the Business Plan Presentation Event in the same competition.

We have been fortunate enough to sponsor Revolve NTNU through their journey. Have a look at the video below, and see what 80,000 hours of work, collaboration and innovation resulted in.

THE CHALLENGE 3D printing is mainly used in the product development stages of the Finnish Kempele-based company . Prior to using 3D printing, different departments had to rely on digital visualizat...

END_OF_DOCUMENT_TOKEN_TO_BE_REPLACED

In the renewable energy sector, no one has probably missed towering wind turbines. They are constructed at heights up to 259 meters, and a rotor diameter of up to 236 meters. If you spot a wind turbin...

END_OF_DOCUMENT_TOKEN_TO_BE_REPLACED

The student organization NTNU Revolve designs and produces an electrical race car every year. It all started in 2010 at NTNU, Norwegian University of Science and Technology in Trondheim, Norway. Four ...