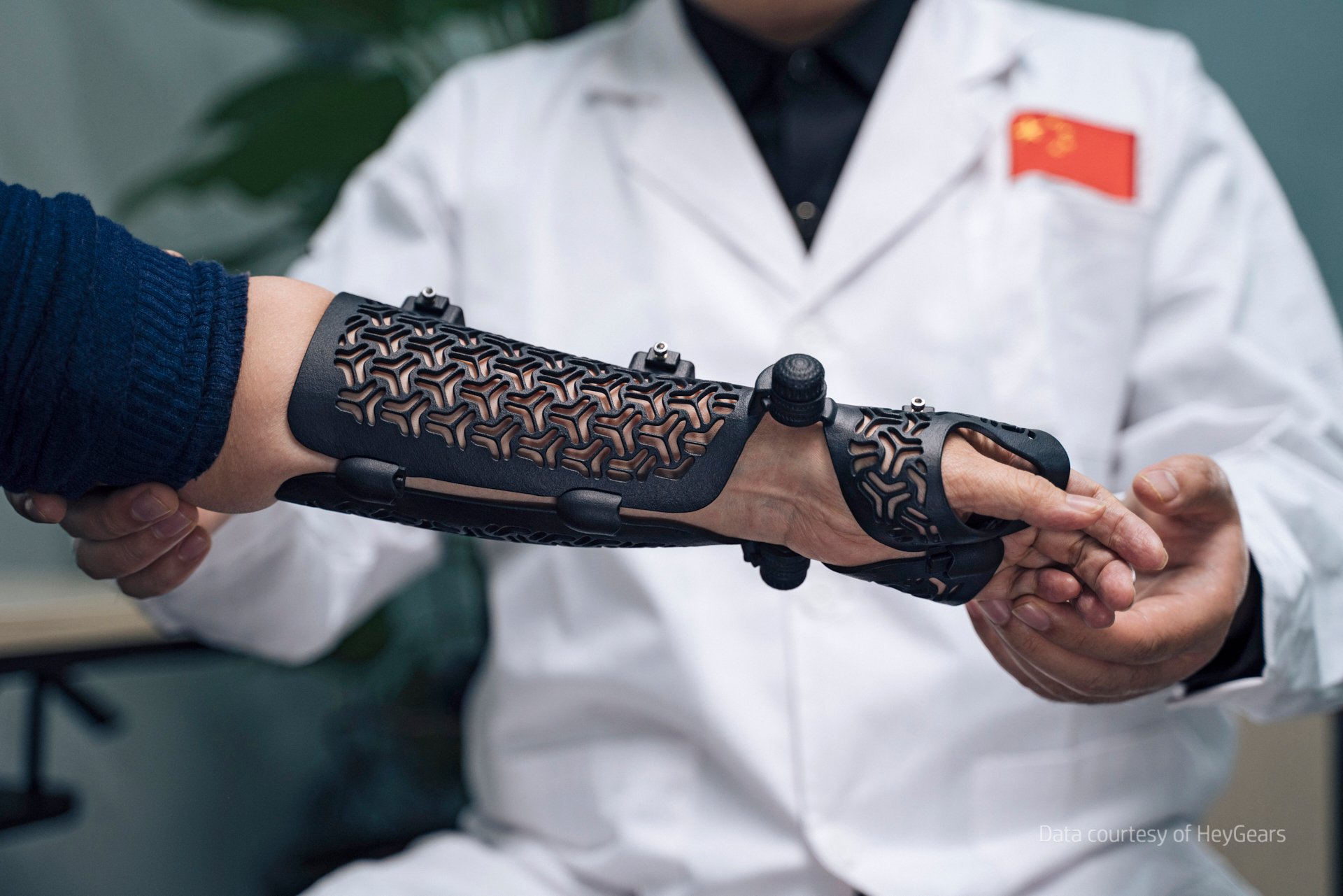 A growing number of manufacturing companies, product developers and engineers have come to realize the disruptive force of 3D printing. Even during 2020, when broken supply chains halted manufacturing, 3D printing grew 7.5% (Wohlers Report 2020). Not counting in 2020, the average year on year growth the last ten years has been 27%. For sure, 3D printing has become an integral part of the manufacturing world.

At the heart of the promise of 3D printing is innovative power. The world has seen countless examples of how 3D printing supports truly innovative solutions – from aerospace to medical technology. These breakthroughs would not be possible without this technology and the vast amount of industrial-grade materials that are now available to 3D print with.

In this article, you will learn how 3D printing can be used in different stages of the product lifecycle – from ideation to production, and how it affects the bottom line for the companies that deploy the technology.

For businesses, the process of developing and bringing new products to the market is absolutely essential, but it can also be slow, expensive, and in some cases outright frustrating. R&D costs and the time it takes to develop a new product often limit companies to only being able to roll out one or two new products each year. This fact not only reduces the rate at which product lines can expand but also makes it more difficult to remain competitive.

Luckily, product development is changing rapidly with the increased use of 3D printing. With 3D printing, companies of all sizes can design, prototype and develop products at greatly accelerated speed. Furthermore, the technology’s cost and time benefits can carry over into actual production.

A good example of this accessibility is this case from Danish startup FarmDroid. The company develops programmable robots that help with farming tasks. By deploying a number of Markforged desktop 3D printers, the company has been able to speed up the product development time. And as they drew closer to market launch, they could also use their printer fleet to 3D print end-user parts.

3D printing can reduce the time and expense involved in developing your next product and bringing it to market. More and more companies are realizing the benefits. In PLM Group´s 2020 survey, The State of 3D Printing in Nordics & Baltics, 94% of survey takers responded that they use 3D printing for prototyping. It’s the highest number since we started measuring 3D printing usage back in 2018.

Perhaps the most important and impressive advantage of 3D printing technology in product development is its ability to drastically reduce the costs of prototyping. In many cases, prototypes that would ordinarily cost hundreds of dollars can be made for a fraction of that cost, allowing even businesses with limited budgets to consistently pursue product development.

Many of the things we used daily are assemblies. Consider a car engine, with a great number of metal and plastic parts joined together. With 3D printing, parts that previously had to be glued, riveted or welded together, can now be printed in one piece.

Assembly time and assembly cost are two areas that can be eliminated altogether when you 3D print a part that has been consolidated from many pieces to one component. In many cases, assembling a part can be very time-consuming and often involves manual labour. If parts are to be welded, you often need welding fixtures, that are costly to produce, unless you 3D print them, of course.

Parts consolidation will not only reduce part count, it can also improve a product’s performance. A good example of this is GE Aviation’s fuel nozzle used for GE’s new LEAP jet engine. Previously, a nozzle was made up of 20 different components, welded together. With 3D printing, GE was able to print a nozzle in one part. Not only did 3D printing save a huge amount of labor and time, but it also reduced the weight of the fuel nozzle by 25 percent and made it about five times stronger.

By changing the design of the old fuel nozzle, GE Aviation could optimize not only the assembly, but also optimize the functionality of the nozzle. The new fuel nozzle now adds to the fuel efficiency of the jet engine, which is 15 percent lower than previous engine types. GE Aviation began production of these nozzles in 2015. In 2018, they reported that 30,000 nozzles had been 3D printed.

Added functionality can also be the reduction of weight. Swedish product design agency, Yovinn, is using their 3D printers to print parts that replace customers’ traditionally manufactured aluminium parts. Many times, Yovinn can reduce the part weight with up to 30 percent. This is especially beneficial in the automotive and aerospace industries.

There are several examples of mass production with 3D printing. One is when each part has a unique shape, but there is still a need for volume production. Hearing aids is a perfect example. Today, over 90% of the world’s hearing aids are 3D printed. In this case it makes sense to 3D print, as each hearing aid casing is patient-specific. Another example is titanium cups for hip replacement surgery, these are also mass produced using metal 3D printing. Although not patient-specific, 3D printing is the only manufacturing technology capable of creating a microporous structure that allows for optimal bone growth once the cup is in place. This leads to a far better success rate in this type of surgery.

A seen in the above examples, scaling up 3D printing makes sense when you have a great number of individual parts that need to be produced in large volumes, such as hearing aids, or individualized midsoles for sports shoes. It is also beneficial when you need part properties that you can’t get with other manufacturing equipment, such as CNC milling or injection moulding.

The 3D printing of spare parts is another promising area. Spare parts are already today produced on-demand and are also often produced locally, either inhouse, or by a nearby service bureau. It is still early days for 3D printed spare parts, but there are already examples of using 3D printing for spare parts in automotive, tooling and aerospace.

The manufacturing, storing and shipping of spare parts is extremely costly for spare parts companies. Some spare parts may be ordered in low quantities, but in some cases companies are required to keep them in stock. Warehousing adds to the overhead, and shipping around the world is costly and takes a toll on greenhouse gas emissions.

Digital warehousing, the ability to store spare parts digitally, can reduce costs for storing spare parts. If companies can also 3D print spare parts locally, inhouse or using an external provider, there are additional cost savings in transportation. Another benefit of doing so is of course reduced co2 emissions.

For end consumers, the pros are a wider range of spare parts. Many companies decommission spare parts that are rarely ordered, and as a consumer, you have to rely on third party providers, sometimes having to buy low quality components. But by storing all spare parts digitally, and 3D printing on demand, consumers have access to the full range, no matter the popularity.

Swedish logistics company PostNord is pioneering the field of 3D printed spare parts. They offer customers a cloud portal solution for storing spare parts digitally, and ordering them, 3D printed of course, whenever they need them. The implications for supply chains are enormous.

Here at PLM Group, we know that the 3D printing technology is developing at an amazing speed, but we have the partnerships, knowledge and organization to support you to find  the best 3D printing solution.

It’s a fact that there are more challenges to getting started with metal 3D printing compared to pla...

Since its inception, metal 3D printing comes in many shapes and sizes. With the technological advances made in the past few years, you can now go from idea to finished metal part in less than...

Manufacturers are rapidly adopting 3D printing as a valid production technology. This is documented ...